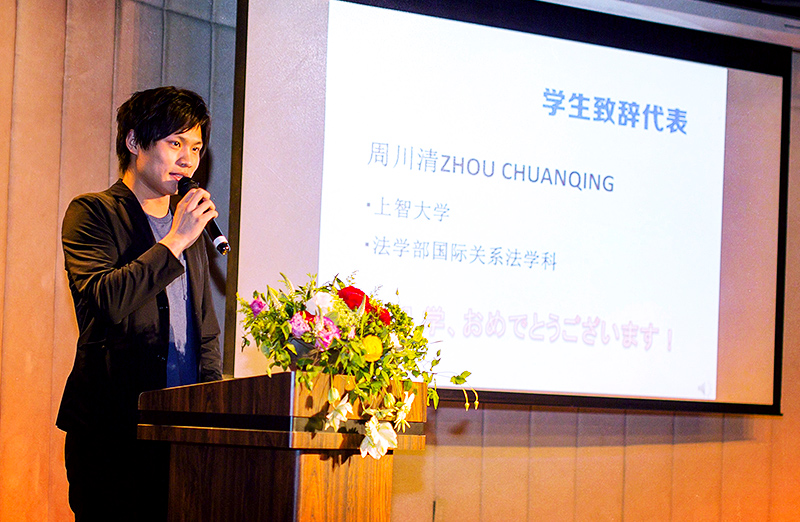 What brought you to Japan?

When I was in high school, I started to think about a certain problem. This wonderful world is gradually becoming more diverse. As we all have different way of thinking and emotion, it is no longer possible to see the world from one-sided point of view. Therefore, I considered what to do in order to keep up with the changes. I came up with an idea of studying abroad, and I took the first step to study in Japan.

There are two reasons why I decided to study in Japan. First, Japan is not merely advanced in technology but lead other Asian countries in areas such as philosophy, economics, and law. I want to learn the Asian cutting-edge technology. Second, Japan is an advanced nation which belongs to G7, and its economy is the third-largest regarding Gross Domestic Product. I believe the development of this country will have a great influence on us in the future. To study abroad means to live in another country where foreign languages are spoken. In any case, as I’ve been studying English since I was in elementary school, I’m convinced that it is highly beneficial to study a new language abroad.

I made lots of good memories for the past 1 year in YIEA. As I wanted to enter a top-flight university, I studied very hard to get a high score on EJU exam, which was the most interesting, and the hardest to me. At first, I couldn’t even write phrases correctly, let alone sentences. However, teachers of YIEA always teach me Japanese diligently. I remember more than 100 example sentences that I learned to brush up my writing skills. I still keep the sentences and sometimes read them back. I strongly feel that my Japanese skills has gradually improved thanks to the help of my teachers. My EJU score finally reached 360 from 200, and besides, I got full marks on writing section. Looking back now, I can’t help laughing when I read back the sentences including lots of errors. I appreciate YIEA’s teachers giving lots of invaluable help to me.

What have you been doing since graduation?

I entered Department of International Legal Studies of Sophia University after I had graduated from YIEA. I finished the first spring semester with 3.55 GPA. Without YIEA’s teachers’ help, I couldn’t have got such a good grade. Many of Japanese and European students in my department are truly excellent, and what my professors teach us is very difficult, yet I still understand it enough to keep up with the class. I’m not what I used to be 1 year ago.

What is your dream for the future?

I am a member of Chinese students association in Sophia University, where I help Chinese students find more opportunities to communicate with Japanese students. I had a great time to visit lots of places, such as kindergarten and university to join in activities in the first spring semester. I want to tell other Chinese students there are some areas where Japan is more advanced than China, and help them enter a university in Japan. After going back to China, I wish to become a bridge between the two countries together with them. I hope that I will make more opportunities to understand each other, maintaining our own values. Although there will be a conflict between the two countries again, I believe that we can solve this problem by cultural exchanges to understand each other, not government-to-government diplomacy. It will take a long time for international students to achieve this goal, however I’m convinced that this is the mission that history gave us.

Please give some messages to applicants for YIEA.

Yokohama International Education Academy is our home forever. There are lots of reliable teachers and interesting activities. Moreover, this home is full of our dreams. As a graduate of YIEA, I assert that you can improve yourself dramatically here. Life in Japan is attractive, and filled with challenges.

If you start your school life at YIEA, you will have a vast array of experience. I hope for your success. 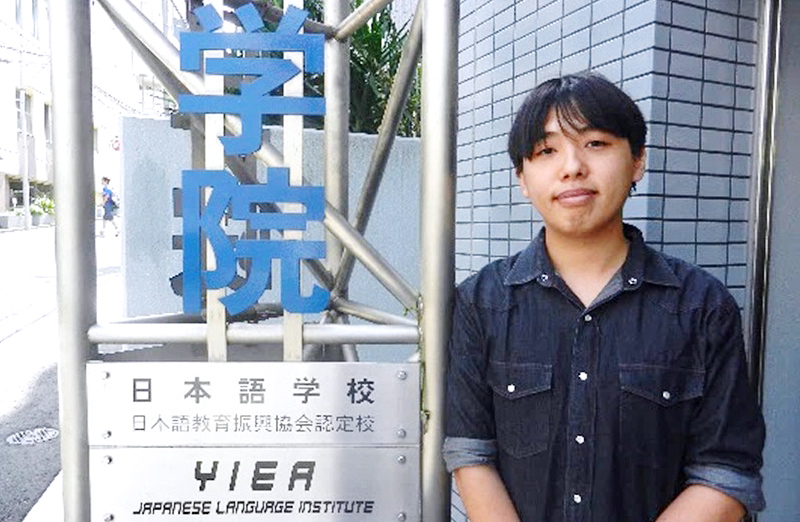 To N. Ireland and back

What brought you to Japan?

When I was in college, I majored in politics. As I thought it would be better to master another language besides Thai and English, I decided to minor in Japanese. After graduation, I made up my mind to come to Japan, not to forget Japanese that I had been studying in college, and to continue learning politics at graduate school in Japan.

My first goal in Japan was to pass N2. When I first came to YIEA, I started learning Japanese in advanced class. There are some electives in advanced level, and I selected N2 preparation class. When I was in Thailand, I tried N2 three times, only to fail. However, I studied hard in this class with the help of my teachers, and passed N2 on my first try.

What have you been doing since graduation?

I graduated from Queen’s University Belfast in Ireland in June 2016, and I’m preparing to enter graduate school of Waseda University now.

What is your dream for the future?

I will try to achieve doctoral degree after finishing master’s degree. I want to become a professor in the future. 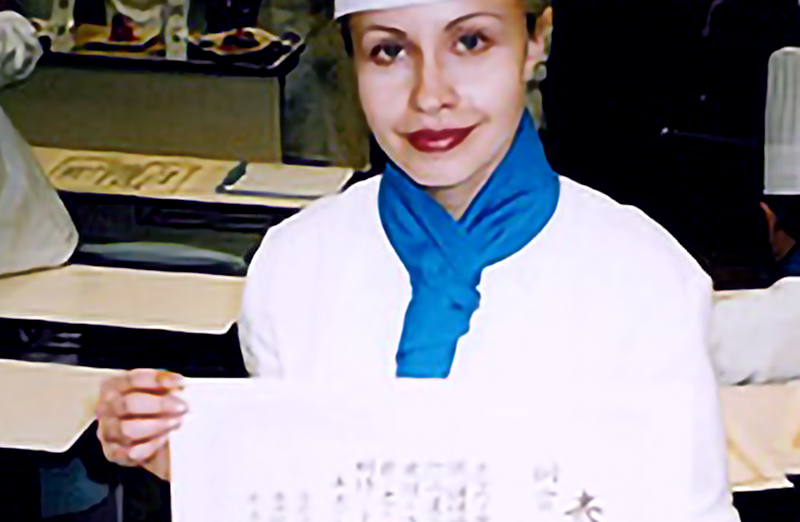 From music & ballet to food-coordinator

I, Kuzkova Tatyana, was born Aug. 15, 1975 in Russia. My father was a soldier and we moved to Ukraine when he got stationed there. I attended a Music Academy and majored in Conducting and Music Education. In 1998, I met a Japanese woman who came to Kiev to study ballet. This chance encounter was what interested me in the Japanese language. I attended a local private Japanese language school in Kiev but finished the two-years course in one year! Acting on the advice that “in order to further your study the only way was to go to Japan”, I came to Japan three years ago in July.

After studying Japanese language for 2 years at Yokohama International Education Academy, I was able to achieve a functional level of Japanese ability. This year I graduated from Tokyo Seishin Technical College for Cooking with an official Chef’s License and a Food Coordinator’s License (Grade 3). I am presently developing new recipes as a food coordinator and am also modeling for a number of magazines and appearing in numerous TV programs.

With all your kind support, I expect further achievements will come. 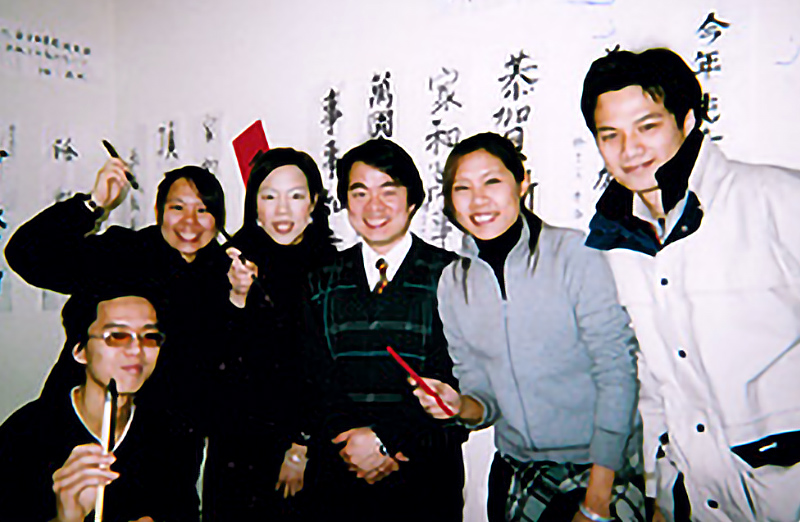 The road lead me to Japanese Language Education

Studying in Japan was not my initial ambition. I was thinking about studying abroad in U.S.A. However, my perspective changed after listening to advises from friends. It is true that English is an important foreign language to master, but the influence of Japan is so widely felt in Asia that it should not and cannot be ignored. In order to learn Japanese properly, the only way was to go to Japan. Thus the decision was made after a lot of considerations.
I studied 2 years at the Japanese Language Institute starting with absolute zero knowledge of the language. During my time at school, I wouldn’t say that studying was the only thing that I did but I did become more enchanted about reading. Bookstores in Japan are very nice and are stocked with all kinds of books. There is a big bookstore close to school and I went there often after school. I bought tons of books even though I didn’t even understand any of the Japanese! After I get home, I would take out my dictionaries and look up every single word and expression and take note to memorize as many as possible. For an introductory student, that was definitely not an easy undertaking. But it definitely became beneficial as I persevered. At the same time, I also try to imitate the accent and speed of the Japanese I hear flowing out of radio and TV. Before I know it, I was able to speak the language naturally like a native Japanese person. Of course, as a student, listening to teachers in class and doing homework properly was the most important of all.
Thanks to the help of my teachers, I was able to pass the JLPT Level 1 and also enter the graduate school of Waseda University majoring in Japanese Language Education. When I first had to listen to seminars along with other Japanese graduate students, I found it difficult to adapt due to the complexity of the content and the speed of progress. On top of it all, I realized how much more there is to learn about the Japanese language! Right now I am continuing my study in Japanese Language Education but since it was not my original major in university, I must study harder than the other students. To be honest, sometimes the going gets so rough that I feel like giving up. But since I have chosen this road myself, I should not complain. It is the undeniable destiny for a foreign student.